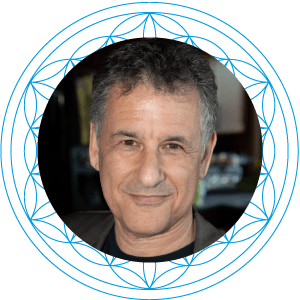 Daniel J. Levitin is a neuroscientist, musician, and best-selling author. He is the Founding Dean of Arts &amp; Humanities at the Minerva Schools at the Keck Graduate Institute, San Francisco, California, a Distinguished Faculty Fellow at the Haas School of Business, UC Berkeley, and James McGill Professor Emeritus of Psychology and Music at McGill University. He holds associate appointments at McGill in the School of Computer Science, Faculty of Education, Department of Neurology &amp; Neurosurgery, and School of Music. He received the Principal’s Teaching Prize in 2006 at McGill, the University’s highest teaching honor.

Levitin has published more than 100 scientific articles, in leading journals including Science, Nature, PNAS, and Neuron; and over 300 popular articles about music, music technology, and cognitive science. He is credited with fundamental discoveries about nature of musical memory, the neuroanatomical underpinnings of musical processing, and quantitative methods for analyzing musical data, that have deeply influenced the field.

His research has been featured in The New York Times (in an astonishing 17 different reports), The London Times, Scientific American, and Rolling Stone and in over 350 separate Wikipedia articles. He is a frequent guest on NPR and CBC Radio. He has appeared on Good Morning America, The Today Show, CBS This Morning, CNN, and has been interviewed by major media 1700 times. He is the author of four consecutive #1 bestselling books This Is Your Brain On Music, The World in Six Songs, The Organized Mind, and A Field Guide to Lies. His books have been translated into 22 languages. The Organized Mind was named by Satya Nadella (CEO Microsoft) and Marc Hurd (CEO Oracle) as “best book of the year” for 2014. In addition, it’s applications to leadership and big data have been praised by CEOs, Supreme Court judges, members of Congress, and Nobel-prize winners. A TED talk based on just four pages of the book reached one million views in its first week of release and as of 2018 has more than 17 million views. A popular public speaker, he has given presentations on the floor of Parliament in London, to U.S. Congressional Committees, foreign ambassadors, consulates, and a variety of organizations including Microsoft, Amazon, and Kaiser Permanente Medical Group.

Dr. Levitin earned his Ph.D. in Cognitive Psychology with a Ph.D. minor in Music Technology from the University of Oregon, his B.A. from Stanford in cognitive psychology, and completed post-doctoral training at Stanford University Medical School and UC Berkeley. He has been a visiting professor at Stanford, Dartmouth, Harvard, and UC Berkeley. As a musician (tenor saxophone, guitar and bass), he has performed with Mel Tormé, David Byrne, Rosanne Cash, Sting, Bobby McFerrin, Young The Giant, Victor Wooten, Carlos Reyes, Ben Sidran, Rodney Crowell, and Blue Öyster Cult. Levitin has produced and consulted on albums by artists including Stevie Wonder, Steely Dan, Joni Mitchell and Blue Öyster Cult, and on the films Good Will Hunting and Pulp Fiction. Levitin has been awarded 17 gold and platinum records.